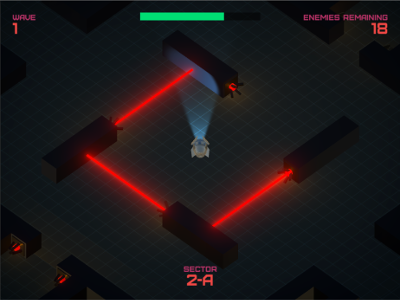 The year is 2186. After depleting the planet Earth of its natural resources, humanity has taken to the stars to colonise new worlds. The planetoid Foursidium-24 is our new home. However, when a highly aggressive, self-replicating virus known as the Corruption begins infecting the planetoid’s core support systems, humanity is forced to fight back. In SECTOR STRIKE, players pilot a state-of-the-art defence ship known as VECTOR to exterminate the Corruption and regain control of Foursidium-24.